The Champions of Change Coalition - Property Group was established in 2015 and today includes 24 members who lead some 35,000 employees, in 9 jurisdictions.

In March 2021, a steering Committee was established to guide governance, the agenda, membership and performance criteria. The Steering Committee is led by Bob Johnston, a founding member of the Property Champions of Change who has worked to progress critical areas of focus over the last six years including normalising flexible work and addressing everyday sexism.

The Champions of Change Property Group pays tribute to the founding Convenor, Carol Schwartz AO, who stepped down from the role after six years in March 2021.

The Property Group meet quarterly to discuss progress advancing their Action Plans and share insights and challenges in accelerating change. The formation of the Property Group builds on our diversity and inclusion programs and is a public commitment by the Champions to use their individual and collective leadership to advance women's leadership and gender equality across the industry.

The group's foundation actions include leading on gender reporting in the property sector, normalising flexibility and caring, growing the talent pool, closing the gender pay gap and building an inclusive industry.

For further information on the Champions of Change strategy, visit championsofchangecoalition.org/ 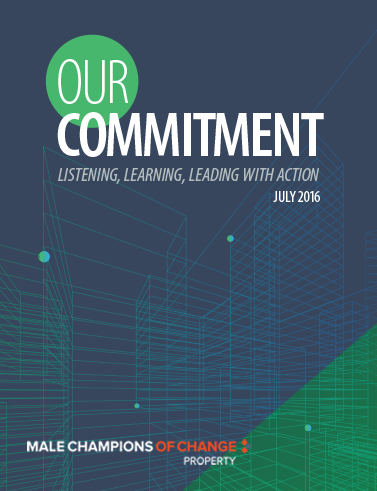 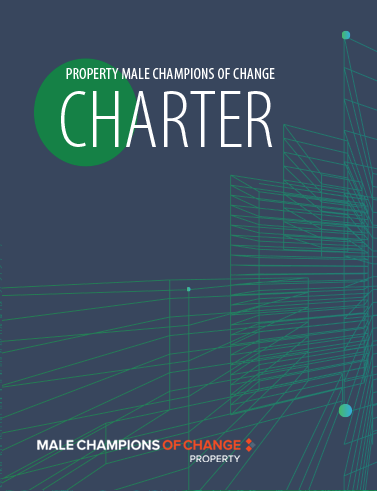 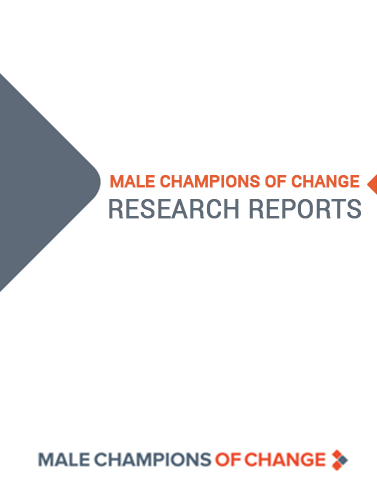 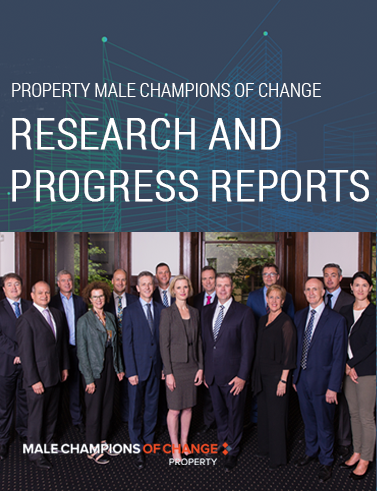 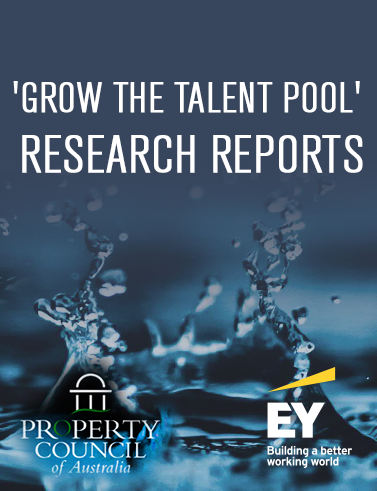 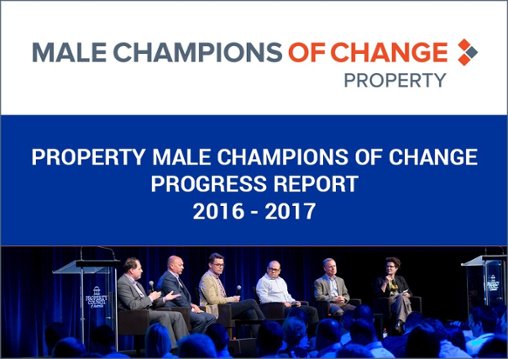 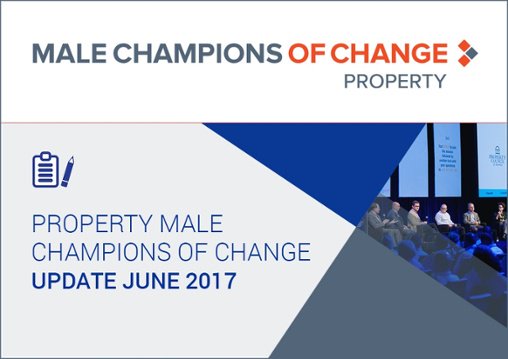 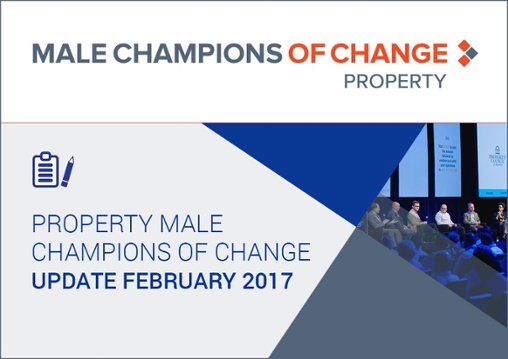 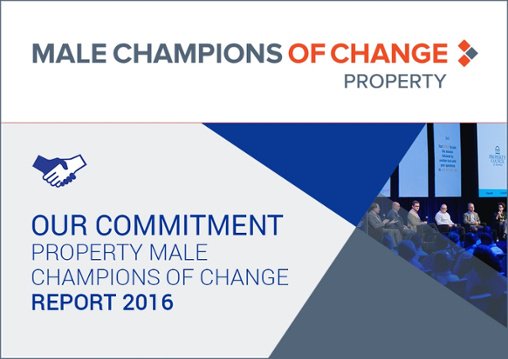 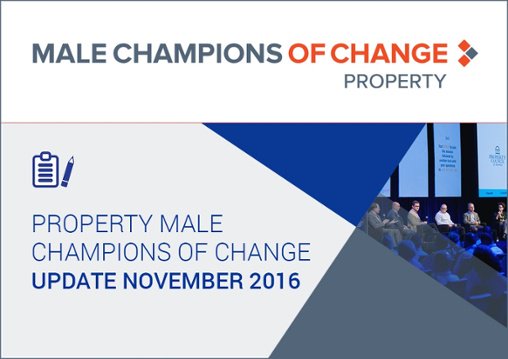 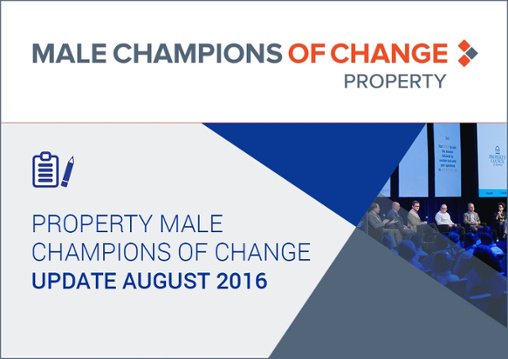 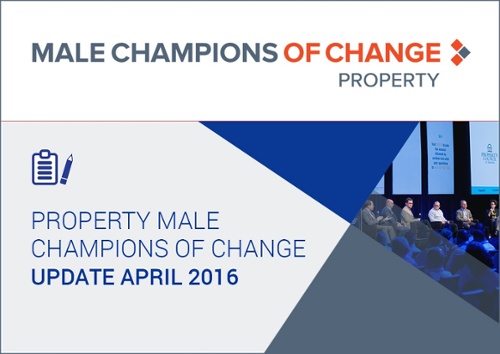 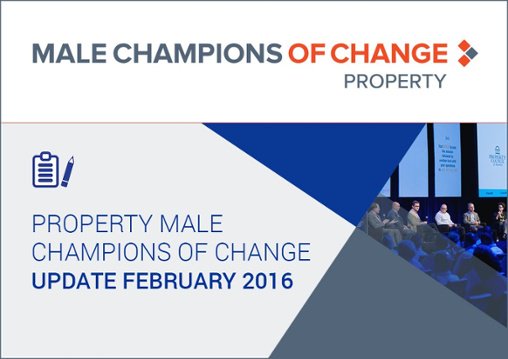 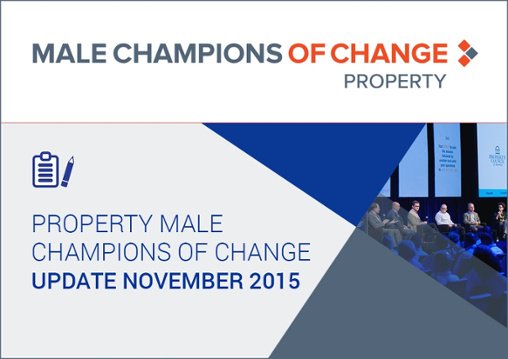 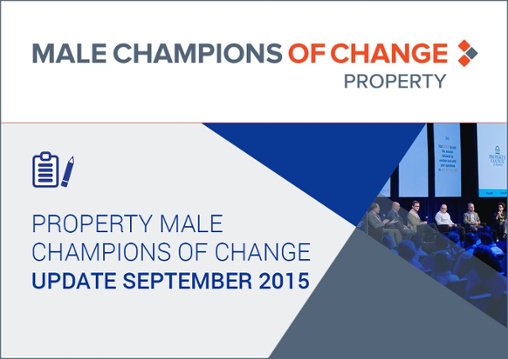 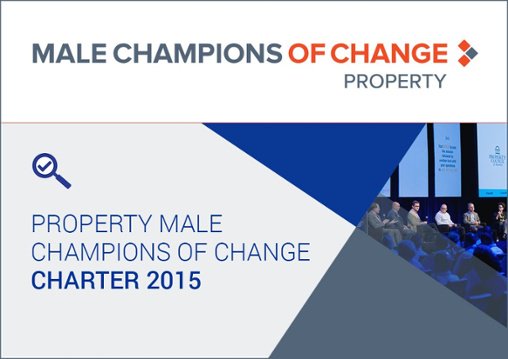 Why is the strategy exclusively about men?

The Property Group were inspired by the Founding Champions of Change Coalition, convened by then Federal Sex Discrimination Commissioner Elizabeth Broderick AO, calling on men to step up beside women and drive gender equality in their workplaces.

The Champions of Change strategy is about men. We know that women’s activism is largely responsible for, and remains essential to, progress. However, the levers of power in nations and in organisations today, largely rest in the hands of men. Engaging men will drive and accelerate the change on what is not a women’s, but rather an economic and social issue.

What are you going to do?

The Champions of Change Coalition collaboration aims to achieve a significant and sustainable increase in the representation of women in leadership. Men stepping up beside women on gender diversity and inclusion is at the heart of the strategy. For too long, women alone have led the way when so many men also hold power to support change.

The Property Group comprises of 22 senior leaders in the property industry. The group established a Charter , in line with the guiding principles of the founding Champions of Change Coalition, which articulates their commitment and the standards to which they hold themselves.

The Property Groups commitment is to achieve gender diversity in the property industry.

In early 2018, the group reflected on progress to date and identified the following priority areas or our future work:

In addition, the Property Group remains committed to implementing their commitments and leveraging opportunities for impact identified over the last four years of work together, including:

You can read the Property Groups Progress and Research Reports here.

How can women leaders be involved?

Women’s leadership is essential.  Women are critical collaborators and advisors.  However, the accountability for action in the Property Group strategy rests squarely with the men.

Chief Executive Women (CEW), Australia’s pre-eminent organisation representing Australia’s most senior women leaders, has partnered with the Founding Champions of Change Coalition. CEW members facilitate high-level discussions with the men and have co-authored reports.  They also were co-creator of the Leadership Shadow model.

Gender equality experts, both women and men, from time-to-time support Male Champions as they deepened their understanding.  For example, leaders from the Workplace Gender Equality Agency (the Australian Government’s statutory agency charged with improving gender equality) has assisted the Founding Group in analysing data and progress, including in relation to the gender pay gap. Survivor advocates such as Kristy McKellar have assisted the Property Group to deepen their understanding of domestic and family violence as a workplace issue and ensure effective workplaces responses.

Finally, Male Champions work closely with women throughout their organisations to gain insights and ideas to accelerate change.

How do you engage powerful men to prioritise issues of gender equality?

The success of the strategy involved creating a ‘head’ and ‘heart’ connection.

Many leaders accept the rational case for change. This can be made using the abundance of data and research available within organisations or the community. It covers in detail the business, economic and social opportunities on offer through advancements in gender equality.

An emotional connection with gender equality often exists too. Men see the changes faced by women in their lives and in their communities. They know they have the ability to influence or change the status quo.

Often, action starts on a small scale. Through the appointments they make, through their trust and respect for women and through the opportunities they make available or support.

Engaging leaders to take collective and widespread action involves bringing to life for them how ingrained systemic, conscious and unconscious gender bias is in organisations and communities.

Listening to the human stories shared by women and men (and not just through advice of Human Resources advisors), is critical to building the emotional engagement and necessary sense of urgency required for tackling gender equality.

Why are you focusing on gender equality specifically, rather than diversity more broadly?

Many of our initiatives, for example, improving flexibility for all employees, clearly help to provide greater options and choices for everyone.

Valuing and promoting inclusive leadership capabilities – be they among women or men – is an intervention that benefits all.

Many of our member organisations also have specific initiatives for other underrepresented groups.

How were the Champions of Change chosen?

In establishing the Champions of Change Coalition - Property Group, we have strategically assembled a group of men who lead the industry’s national organisations.

The Property Group have diverse experience, perspectives and access to resources that will underpin the development of innovative actions and solutions.  All have the ability to lead, influence and affect change and inspire change amongst others.

Champions of Change must be personally committed, have the motivation and willingness to listen, learn and visibly lead on the issue and be accountable for their progress.

How is the initiative funded?

The Champions of Change Coalition - Property Group is funded by the Property Council. In-kind support is provided by the Women’s Leadership Institute Australia (WLIA) and EY.

What happens at a Champions of Change meeting?

Meetings are structured similar to any high-level group focused on tackling a significant business problem.  Another comparison might be to Board or Committee meetings of any well-governed organisation.  Meetings are planned at least one year in advance with specific objectives for each meeting.

The Convenor opens the meeting and refers to minutes and actions arising from the previous meeting. Absences are noted and recorded.

Some time is spent reflecting on context and developments (for the group or within the community) since the last meeting.

From there, the agenda focuses on moving through the various stages of the group strategy. Briefing papers on a particular issue/Action Group findings might be discussed.   Members might share their insights and progress on an issue, initiative or opportunity they are pursuing.

Time is also spent discussing specific challenges faced by members of the group. Here experiences are shared and ideas generated.

The meetings also include a focus on progress to ensure the group is meeting its objectives and improving performance on the gender equality measures they are seeking to advance.

You can read the Progress and Research Reports here.

Why is the listening and learning personally led by the Male Champions?

Even the best qualitative and quantitative research  - while informing – is no substitute for the ‘head’ and ‘heart’ connection that comes from personal engagement through the listening and learning phase.
It’s also powerful to hear well-known, but sometimes abstract, concepts of gender equality translated into the day-to-day and very human experiences of individuals and specific groups.
Benefits of leading this approach include: gaining a very deep understanding of how gender equality issues impact men and women and an organisation; developing a language and stories that enable leaders to articulate the issues and convince others of the need for action.  The commitment to listening also demonstrates how personally engaged you are in responding to the issues; and the power of applying a CEO-lens to issues that have otherwise proven intractable to solve.

Are there specific commitments that all Champions of Change members are expected to support?

Regardless of the specific gender equality issue being tackled, there are some commitments that are consistent amongst all groups establishing themselves as Champions of Change. These include:

New groups are also invited to adopt successful initiatives of the founding Champions of Change such as The Panel Pledge; asking “50:50 if not why not”; and using the Leadership Shadow to review and enhance their leadership on gender.

Do the Champions of Change have to commit to participating in all agreed actions?

Ideally yes. Taking action rather than talking about the issues is a cornerstone of the Champions of Change strategy. Credibility is established, conviction is clear and momentum builds faster when all leaders participate.

The power in the groups strategy is the collective commitment to some key initiatives across all group members.

In all cases, the Male Champions strive to participate to the extent to which they have the authority and influence to do so.

What if the major issue to address is outside the groups ability to influence?

This is likely to occur, particularly on systemic issues that require involvement from multiple sectors and leaders if change is to be achieved.

Here, the Champions work to understand the issue deeply, particularly from the perspective of their employees, customers and the communities they serve.  They take action where they can directly influence outcomes and work individually and collectively to advocate for change with other key stakeholders.

How do you track your progress?

We use leadership approaches that are applied to any significant organisation priority. We review our baseline metrics, agree to targets, develop action plans to achieve them, measure and correct.

Some challenges and opportunities are harder to make progress on than others. This is true of any business problem – and increasing the representation of women in leadership is no different.

When progress isn’t being made, we apply the typical business toolkit.  We look at key metrics.  We look at what is preventing progress from multiple angles.  We intervene or re-set the course where needed. We share our experience widely so that others learn from our experience and avoid mistakes or missteps we have identified.

You can read the Progress Reports here.

Won’t gender targets mean women will be appointed to meet a quota rather than on merit?

It is widely accepted that greater diversity creates better business outcomes, so it is reasonable to apply measures to achieving diverse workplaces. As stated by one of the Champions, "What gets measured gets done.”

It is a common concern that setting targets for gender means managers will put less qualified women in roles. As stated by one of the founding Champions, “The idea that gender equality will put the wrong people in jobs is rubbish. There are more than enough great women for roles." No leader will appoint an unqualified person for a role.

For further information on the Champions of Change Coalition strategy, visit championsofchangecoalition.org